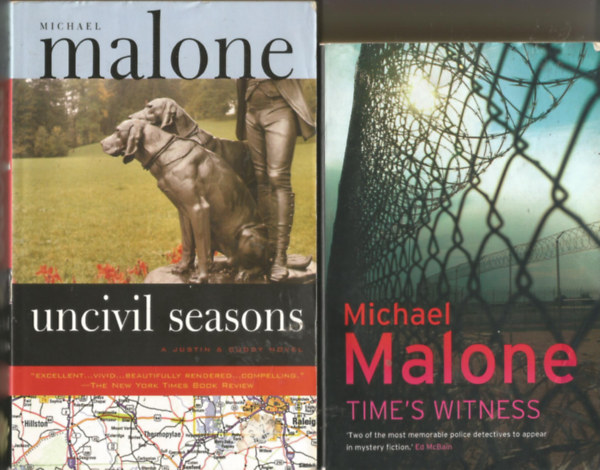 Uncivil Seasons: A Justin & Cuddy Novel
The polite Piedmont town of Hillston, North Carolina, wants to go on believing it is still too temperate to require homicide experts. But when the wife of a state senator is found beaten to death, the inner circle of Hillston's ruling families arranges to have the case assigned to Detective Justin Savile, the charming black sheep of the dynasty that founded the town.Aided by his wise-cracking, working-class partner, Cuddy Magnum, and a young woman from the Carolina mountains whose strength and love rescues him from his own destructive impulses, Savile sets out to unravel the deceit hidden in Hillston's past. His obsessive pursuit of one of this own and his determination to save a petty thief from being railroaded for murder not only lead to other deaths, but bring the detective very near to losing his own life. With striking humor and a rich range of characters, Malone creates a landscape struggling the New South's high-tech lifestyles and the Old South's inherited codes.
Time's Witness

Things have changed in Hillston, North Carolina. A young black man is on Death Row and the Klan is again rearing its head, while a dirty tricks campaign is mounting against the womanizing candidate for state governor - who also happens to be the husband of Hillston chief of police's true love.