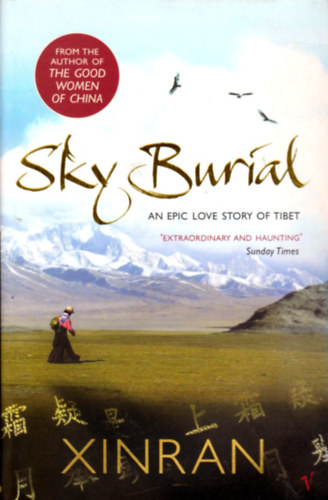 It was 1994 when Xinran, a journalist and the author of The Good Women of China, received a telephone call asking her to travel four hours to meet an oddly dressed woman who had just crossed the border from Tibet into China. Xinran made the trip and met the woman, called Shu Wen, who recounted the story of her thirty-year odyssey in the vast landscape of Tibet.

Shu Wen and her husband had been married for only a few months in the 1950s when he joined the Chinese army and was sent to Tibet for the purpose of unification of the two countries. Shortly after he left she was notified that he had been killed, although no details were given. Determined to find the truth, Shu Wen joined a militia unit going to the Tibetan north, where she soon was separated from the regiment. Without supplies and knowledge of the language, she wandered, trying to find her way until, on the brink of death, she was rescued by a family of nomads under whose protection she moved from place to place with the seasons and eventually came to discover the details of her husband's death.

In the haunting Sky Burial, Xinran has recreated Shu Wen's journey, writing beautifully and simply of the silence and the emptiness in which Shu Wen was enveloped. The book is an extraordinary portrait of a woman and a land, each at the mercy of fate and politics. It is an unforgettable, ultimately uplifting tale of love loss, loyalty, and survival.

Twenty-four years after her first novel, Housekeeping, Marilynne Robinson returns with an intimate tale of three generations from the Civil War to the twentieth century: a story about fathers and s...