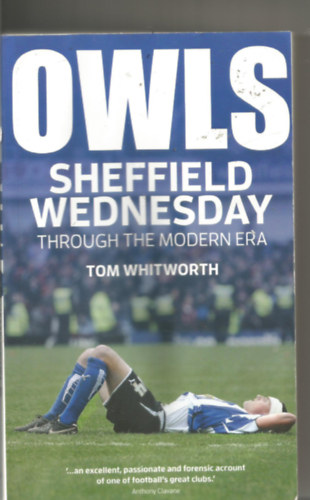 Bad football. Boardroom unrest. Financial turmoil. Long-suffering fans. Owls: Sheffield Wednesday Through the Modern Era is the story of a football club struggling to find its way in an ever-changing game. Almost two decades on from dropping out of the Premier League, and over 25 years after the horrors of the Hillsborough disaster, author Tom Whitworth combines revealing interviews from key players, managers and board members with challenging new insight and perspective, to piece together a compelling account of Wednesday's recent, often turbulent, history. From the almost-glory days of the early 1990s and the team of Chris Waddle, John Sheridan and David Hirst; to Paolo Di Canio's pushing over of a referee, terrible transfer dealings, relegations and a life in the lower league wilderness. That is followed by League One play-off success, moves by the club to sue its own fans, winding-up orders and High Court appearances; before club-saving takeovers followed by a well-funded, entertaining and long-awaited revival which at last has given the club's fans something to smile about.