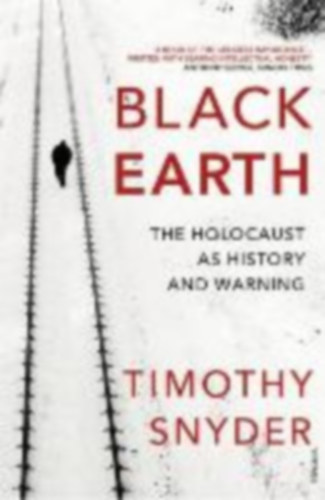 Black Earth - The Holocaust as History and Warning

We have come to see the Holocaust as a factory of death, organised by bureaucrats. Yet by the time the gas chambers became operation more than a million European Jews were already dead: shot at close range over pits and ravines. They had been murdered in the lawless killing zones created by the German colonial war in the East, many on the fertile black earth that the Nazis believed would feed the German people. It comforts us to believe that the Holocaust was a unique event. But as Timothy Snyder shows, we have missed basic lessons of the history of the Holocaust, and some of our beliefs are frighteningly close to the ecological panic that Hitler expressed in the 1920s. As ideological and environmental challenges to the world order mount, our societies might be more vulnerable than we would like to think. Timothy Snyder's Bloodlands was an acclaimed exploration of what happened in eastern Europe between 1933 and 1945, when Nazi and Soviet policy brought death to some 14 million people. Black Earth is a deep exploration of the ideas and politics that enabled the worst of these policies, the Nazi extermination of the Jews. Its pioneering treatment of this unprecedented crime makes the Holocaust intelligible, and thus all the more terrifying.

The Road to Unfreedom

Boris Johnson brings the legacy of Sir Winston Churchill back to life, to mark the 50th anniversary of his death.