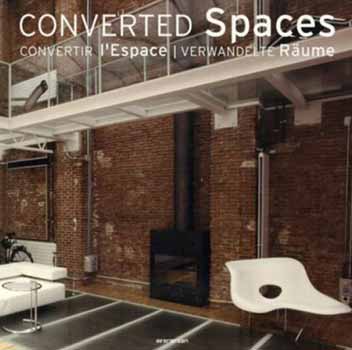 The task of restoring a building can sometimes prove more difficult than constructing a new one from scratch, not only because some parts of it may have to be preserved on account of their historical value, but also because it is unusual to have certain knowledge of the state of its structure before embarking on the project. The European tendency to respect the buildings of the past in the aftermath of World War II has led, in recent years, to a certain degree of artificiality, and many projects have fallen back on ill-informed traditionalism or on so-called restorations that only preserve a building's facade but are otherwise entirely new. Such practices have been conteracted by the emergence of a more enlightened approach that considers refurbishment as the adaptation of an old building to contemporary requirements and places less emphasis on a dialogue with the past. This book offers a carefully chosen selection of works by architects from all over the world, encompassing refurbishments of old factories, workshops, stables, farms, mills, and other structures that have been converted into private homes.

The perfect guide to the Paris of your dreams This book combines all of Angelika Taschen's recommendations for Paris hotels, shops, restaurants, cafes, and bars into one volume, ensuring visitors a...