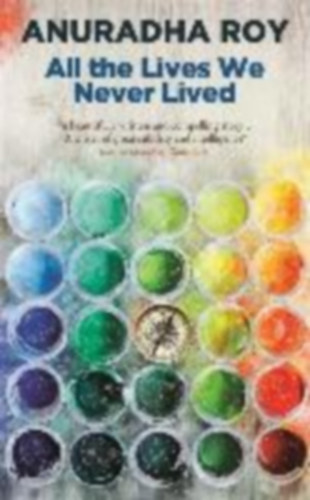 All the Lives We Never Lived

"The book everyone is talking about for the summer" Lorraine Candy, Sunday Times A beautifully written and compelling story of how families fall apart and of what remains in the aftermath... [by]... a writer of great subtlety and intelligence. - Kamila Shamsie, Guardian. In my childhood, I was known as the boy whose mother had run off with an Englishman" - so begins the story of Myshkin and his mother, Gayatri, who is driven to rebel against tradition and follow her artist's instinct for freedom. Freedom of a different kind is in the air across India. The fight against British rule is reaching a critical turn. The Nazis have come to power in Germany. At this point of crisis, two strangers arrive in Gayatri's town, opening up for her the vision of other possible lives. What took Myshkin's mother from India to Dutch-held Bali in the 1930s, ripping a knife through his comfortingly familiar environment? Excavating the roots of the world in which he was abandoned, Myshkin comes to understand the connections between anguish at home and a war-torn universe overtaken by patriotism. Anuradha Roy's enthralling novel is a powerful parable for our times, telling the story of men and women trapped in a dangerous era uncannily similar to the present. Impassioned, elegiac, and gripping, it brims with the same genius that has brought Roy's earlier fiction international renown. "One of India's greatest living authors" - O, The Oprah Magazine "Roy's writing is a joy" - Financial Times