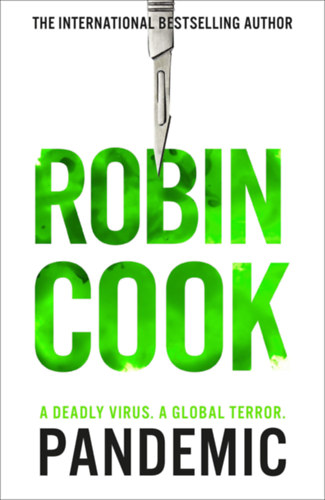 In New York City, a young, seemingly healthy woman is struck down by a respiratory attack as she heads home on the subway. By the time she arrives in Manhattan, she's dead. She ends up on forensic pathologist Jack Stapleton's autopsy table, which reveals surprising findings about the cause of death.

Fearing the woman's case could be the first in a severe outbreak of a deadly airborne virus, Jack works in overdrive for a diagnosis. As the inconclusive tests come back, Jack urges his wife, and chief medical examiner, Dr. Laurie Montgomery, to sound the alarm at the mayor's office, concerned that more cases may follow.

When further cases do occur around the city, and then in Los Angeles, London and Rome, Jack enters a race against time to discover the link that connects all the victims before it's too late.

THE SECOND NOVEL IN THE RECORD-BREAKING, MILLION-COPY BESTSELLING THURSDAY MURDER CLUB SERIES BY RICHARD OSMAN ---------- 'A thing of joy' KATE ATKINSON 'I absolutely loved it. He's not only done i...