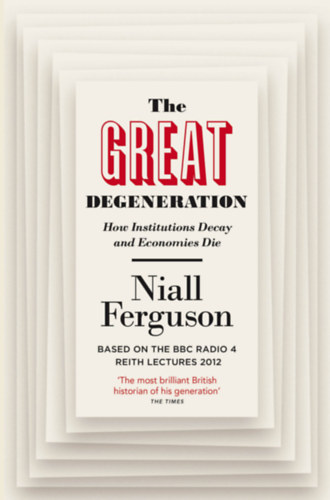 The Great Degeneration: How Institutions Decay and Economies Die

The decline of the West is something that has long been prophesied. Symptoms of decline are all around us today, it seems: slowing growth, crushing debts, aging populations, anti-social behaviour. But what exactly is amiss with Western civilization? The answer, Niall Ferguson argues, is that our institutions - the intricate frameworks within which a society can flourish or fail - are degenerating.

Representative government, the free market, the rule of law and civil society: these were once the four pillars of West European and North American societies. It was these institutions, rather than any geographical or climatic advantages, that set the West on the path to global dominance after around 1500. In our time, however, these institutions have deteriorated in disturbing ways.

Our democracies have broken the contract between the generations by heaping IOUs on our children and grandchildren. Our markets are increasingly distorted by over-complex regulations that are in fact the disease of which they purport to be the cure. The rule of law has metamorphosed into the rule of lawyers. And civil society has degenerated into uncivil society, where we lazily expect all our problems to be solved by the state.

The Degeneration of the West a powerful - and in places polemical - indictment of an era of negligence and complacency. While the Arab world struggles to adopt democracy, and while China struggles to move from economic liberalization to the rule of law, Europeans and Americans alike are frittering away the institutional inheritance of centuries. To arrest the degeneration of the West's once dominant civilization, Ferguson warns, will take heroic leadership and radical reform. 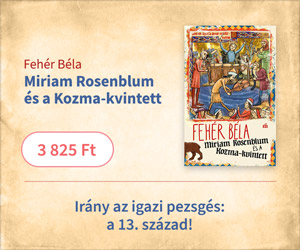 Essays on Theories of Value in the Classical Tradition

Knowledge-Driven Developments in the Bioeconomy

The Great Degeneration: How Institutions Decay and Economies Die

The Economics of European Integration

The seventh edition of The Economics of European Integration provides students with an accessible presentation of the facts, theories and controversies that are driving rapid change at the heart of...

A tér és a torony