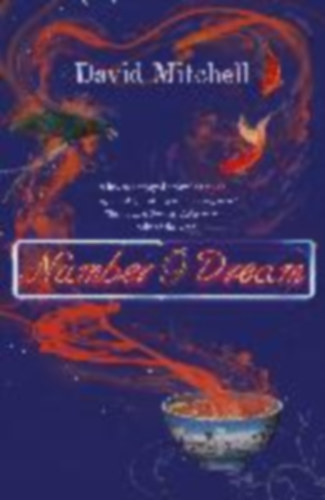 David Mitchell's second novel, number9dream, uses a similar episodic format to his brilliant but fragmentary debut Ghostwritten to create a more coherent and assured narrative that is part detective, part coming-of-age, story. Eiji Miyake, 20, naïve and wholly loveable, encounters a frantic, exotic world when he comes to Tokyo from his small island home to find the father he has never met.Pin-stripped drones, a lip-pierced hairdresser, midday drunks... Not a single person is standing still... a thousand faces per minute... oven-hot... ready to buckle under the weight of cloud at any moment.Eiji is a dreamer, a Billy Liar for the Cyberpunk generation. His fantasies structure this frenetic kaleidoscopic narrative, conducting the reader on an exhilarating, disorientating tour of metropolis and mind. One minute Eiji is contending with arcade-game cybourgs, the next caught up in a Blue Velvet-type nightmare with real-life (perhaps) gangsters: "dragged into a turf war between wolves with rabies". So what was crazed and charming becomes dangerous and gripping.This exotica and cyber-unreality allow more traditional novelistic concerns--a boy's coming of age, the exploration of ethical responsibilities or the great human universals of love and duty--to creep up unobtrusively. Pretty soon the realisation dawns: this isn't just fun, this isn't just clever, this is a great, perhaps a very great, novel. A Joycean delight in language and parody combines with affectionate characterisation and an impressive narrative control to make number9dream an extraordinary and rewarding experience. --Robert Mighall

From the #1 New York Times bestselling author comes an epic novel of love and war, spanning from the 1940s to the present day, and the secret lives of those who live in a small French town from Wor...