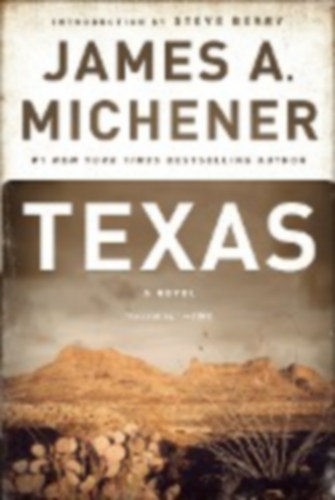 Spanning four and a half centuries, James A. Michener's monumental saga chronicles the epic history of Texas, from its Spanish roots in the age of the conquistadors to its current reputation as one of America's most affluent, diverse, and provocative states. Among his finely drawn cast of characters, emotional and political alliances are made and broken, as the loyalties established over the course of each turbulent age inevitably collapse under the weight of wealth and industry. With Michener as our guide, Texas is a tale of patriotism and statesmanship, growth and development, violence and betrayal-a stunning achievement by a literary master. Praise for Texas "Fascinating."-Time "A book about oil and water, rangers and outlaws, frontier and settlement, money and power... [James A. Michener] manages to make history vivid."-The Boston Globe "A sweeping panorama... [Michener] grapples earnestly with the Texas character in a way that Texas's own writers often don't."-The Washington Post Book World "Vast, sprawling, and eclectic in population and geography, the state has just the sort of larger-than-life history that lends itself to Mr. Michener's taste for multigenerational epics."-The New York Times

From the #1 New York Times bestselling author comes an epic novel of love and war, spanning from the 1940s to the present day, and the secret lives of those who live in a small French town from Wor...