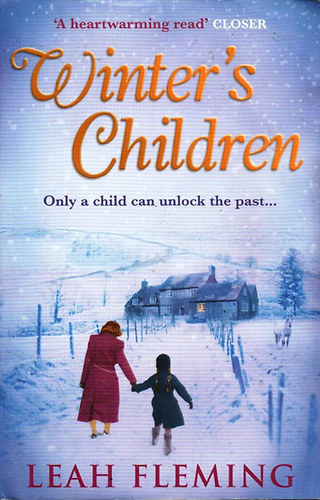 Grieving widow Kay Partridge and her daughter Evie, unable to face the oncoming Christmas festivities, move into a cottage at majestic Wintergill Farm in the Yorkshire Dales. Kay wants to shut the door and forget about everything. Evie, struggling to come to terms with the concept of death, just wants her Daddy to come home for Christmas. But Wintergill is far from the quiet refuge that they expected. Devastated by Foot and Mouth, Nik Snowden and his Mother Nora are facing a bleak future. The two are at loggerheads. Nora has had enough of the hard life but Nik wants to keep the house and lands that have been in his family for generations. But Nik is not the only one attached to the house. In the distant past, a terrible tragedy occurred and ever since a restless spirit has haunted the land, seeking a child that once was lost. Through the generations, the ghost has brought misery and pain to bear on the inhabitants. But where one spirit has sown despair, others have sought to protect the children of Wintergill.

The Girl Before - A lány a múltból

I can't help but smile at the lyrics in her letter. She misses me. In fifth grade, my teacher set us up with pen pals from a different school. Thinking I was a girl, with a name like Misha, the ...