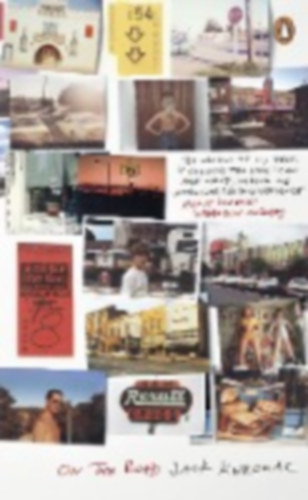 On the Road - Penguin Essentials

Jack Kerouac was born in Lowell, Massachusetts, in 1922. Educated by Jesuit brothers in Lowell, he decided to become a writer at age seventeen and developed his own writing style, which he called 'spontaneous prose'. He used this technique to record the life of the American 'traveler' and the experiences of the Beat Generation, most memorably in On the Road and also in The Subterraneans and The Dharma Bums. His other works include Big Sur, Desolation Angels, Lonesome Traveler, Visions of Gerard, Tristessa, and a book of poetry called Mexico City Blues. Jack Kerouac died in 1969.

Teljes lista
idegen The Unbearable Lightness of Being
Kundera, Milan

In this novel - a story of irreconcilable loves and infidelities - Milan Kundera addresses himself to the nature of twentieth-century 'Being' In a world in which lives are shaped by irrevocable cho...