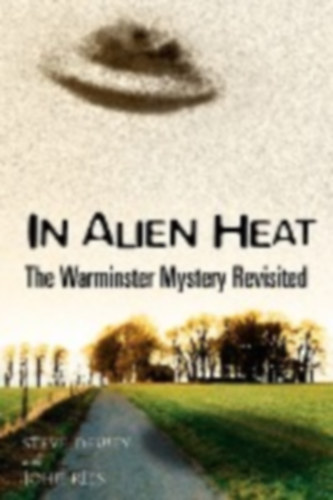 There has probably never been anything like it in UFO history, but the UFO fever that gripped the small British town of Warminster for about a decade is now largely forgotten. It was one of the largest UFO flaps ever to occur. Thousands of witnesses reported seeing the "Warminster Thing." The hilltops around the town attracted a loyal band of followers, all waiting for the magic sighting, the landing, the contact. The authors were themselves among the skywatchers and spent nights on Cradle Hill, the center of the phenomenon, watching and waiting for UFOs, but also watching and listening to the witnesses and ufologists. IN ALIEN HEAT introduces the Warminster phenomenon to a new generation of readers. It contains a short history of the phenomenon, places it in its social and historical context, and examines the possible mechanisms that initiated and sustained this remarkable UFO flap. "Some of the dullest books ever published have flying saucers on their cover. This book isn't one of them. Since 1947 UFO related beliefs have spread across the world like a modern legend. Stories about objects in the sky and alien contacts have become part of popular culture. But virtually all discussion about UFOs has been confined to either belief in 'alien visitors' or debunking ET claims. IN ALIEN HEAT takes a fresh approach to the subject. Steve Dewey and John Ries take a microcosm of the UFO phenomenon - the Warminster Mystery - and examine it as a social and cultural phenomenon akin to modern folklore. This is a fascinating and absorbing book which should be read by everyone who wants to know 'the truth' behind the UFO mystery." - Dr. David Clarke, National Centre for English Cultural Tradition, University of Sheffield First time in print! From ANOMALIST BOOKS.