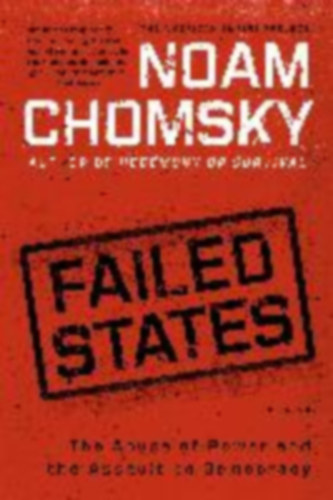 Failed States - The Abuse of Power and the Assault on Democracy

The United States asserts the right to use military force against 'failed states' around the globe. But as Noam Chomsky argues in this devastating analysis, America shares features with many of the regimes it insists are failing and thus constitute a danger to their neighbours. Offering a comprehensive and radical examination of America past and present, Chomsky shows how this lone superpower - which topples foreign governments, invades states that threaten its interests and imposes sanctions on regimes it opposes - has stretched its own democratic institutions to breaking point.