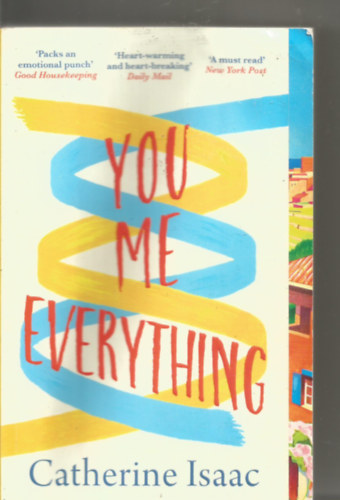 “Glass of chilled rosé, check. Comfy chair, check. Box of tissues, check. You Me Everything is everything you need for a moving, funny, heartbreaking, and ultimately joyous read.” --Susan Wiggs, #1 New York Times bestselling author of Map of the Heart

Set in the French countryside on an idyllic summer vacation, a delicious, tender novel about finding joy and love even in the most unexpected places.

Jess and her ten-year-old son William set off to spend the summer at Château de Roussignol, deep in the rich, sunlit hills of the Dordogne. There, Jess’s ex-boyfriend—and William’s father—Adam, runs a beautiful hotel in a restored castle. Lush gardens, a gorgeous pool, delectable French food, and a seemingly never-ending wine list—what’s not to like? Jess is bowled over by what Adam has accomplished, but she’s in France for a much more urgent reason: to make Adam fall in love with his own son.

But Adam has other ideas, and another girlfriend—and he doesn’t seem inclined to change the habits of a lifetime just because Jess and William have appeared on the scene. Jess isn’t surprised, but William—who has quickly come to idolize his father—wants nothing more than to spend time with him. But Jess can’t allow Adam to let their son down—because she is tormented by a secret of her own, one that nobody—especially William—must discover.

By turns heartwrenching and hopeful, You Me Everything is a novel about one woman's fierce determination to grab hold of the family she has and never let go, and a romantic story as heady as a crisp Sancerre on a summer day.

Teljes lista
antikvár
You Me Everything
Catherine Isaac
1 450 Ft