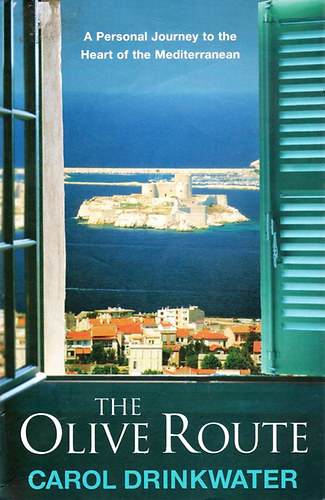 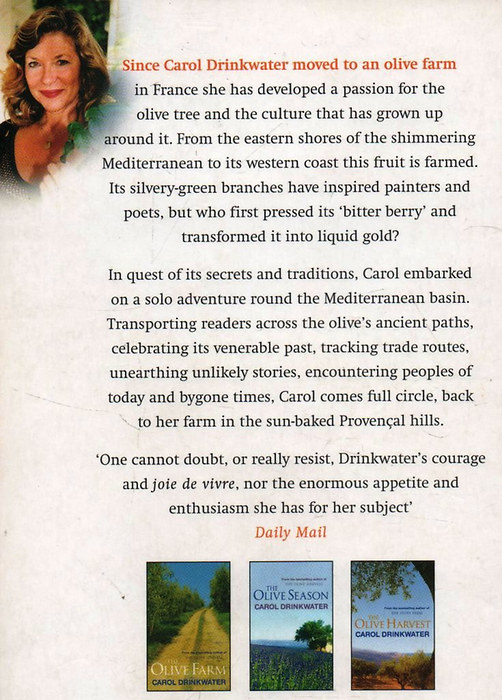 The Olive Route resembles both the Silk Road and the Spice Route in that the epic adventures involving the transportation of its produce are highly colourful, political, intriguing and sometimes bloodthirsty. They embody the entire history of the Mediterranean and its diverse peoples. From the Levant, the birth of Western civilisation, on the eastern coast of this ancient sea, to its western shores, the olive tree is farmed, celebrated and revered.

This unique tree has inspired painters and writers since time immemorial. For those who holiday along its enticing shores or dream of it, the Mediterranean evokes dusty fragrant seasons and an escape from urban realities. But for those living around its basin, such as Carol Drinkwater, this silver-grey evergreen is a cornerstone of their lives and diet.

Yet nobody knows where the tree originated or where it was first farmed.

Setting out from her Provençal olive farm to distant Mediterranean shores, circumnavigating its basin, travelling alone, occasionally to dangerous locations, on a quest for the olive tree's ancient secrets, Carol Drinkwater crosses the sea's shimmering, almost tideless tranquillity. She vividly unearths its stories, meets its striking, often courageous peoples and traces its venerable olive culture. Tracking, amongst others, the Cretans, Phoenicians, Greeks and Romans, as well as encountering its modern-day inhabitants, in this beautifully written and entertaining story, Carol Drinkwater returns to her home in the sun-baked hills of southern France bringing with her many inspirational tales of this tree of eternity.

The Olive Route recounts a thrilling, heroic and sensual journey by the bestselling author of the much-loved Olive series.

Twenty-four years after her first novel, Housekeeping, Marilynne Robinson returns with an intimate tale of three generations from the Civil War to the twentieth century: a story about fathers and s...