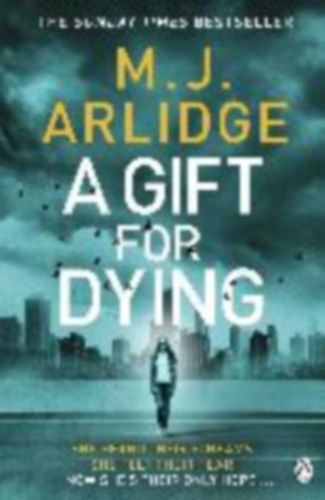 A Gift for Dying

M. J. Arlidge has worked in television for the last fifteen years, specializing in high-end drama production, including the prime-time crime serials Torn, The Little House and Silent Witness. Arlidge also pilots original crime series for both UK and US networks. In 2015 his audio exclusive Six Degrees of Assassination was a Number One bestseller. His first thriller, Eeny Meeny, was the UK's bestselling crime debut of 2014. It was followed by the bestselling Pop Goes the Weasel, The Doll's House, Liar Liar, Little Boy Blue, Hide and Seek, Love Me Not, and Down to the Woods.

Paperback. Pub Date :2012-01-01 Pages: 480 Language: English Publisher: Orion The protagonists of Gone Girl are a young couple. Nick and Amy Nick used to work as a journalist. till he lost his job ...