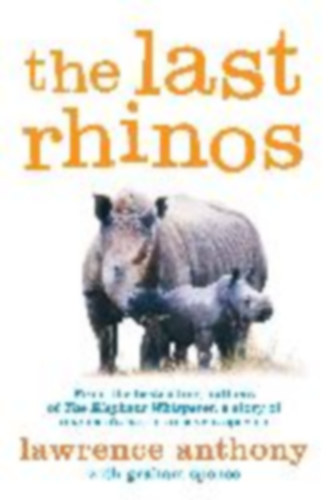 Lawrence Anthony's South African game reserve is home to many animals he has saved, from a remarkable herd of elephants to a badly behaved bushbaby called George. Described as 'the Indiana Jones of conservation', when one of his rhinos was brutally slaughtered for her horn, he didn't hesitate to lead an armed response against the poachers. Then he learned that there were only a handful of northern white rhinos left in the wild, living in an area of the Congo controlled by the infamous Lord's Resistance Army and soon to be hunted into extinction. Lawrence knew he had to take action. What followed was an extraordinary adventure, as he headed into the jungle to negotiate with the rebels, while battling to save his own animals from terrible drought and to save the eyesight of his beloved elephant matriarch Nana. The Last Rhinos is peopled with unforgettable characters, both human and animal, and is a sometimes funny, sometimes moving, always exciting read. 'Anthony was a charismatic figure whose life combined Gerald Durrell-esque animal antics with Wilbur Smith bush heroics... a rattling read with an urgent message' BBC Wildlife Magazine

Are We Smart Enough to Know How Smart Animals Are?

RSPB Birds of Britain and Europe

The Arctic: A Guide to Coastal Wildlife

A Year of Birdsong

From the New York Times bestselling author of The Genius of Birds, a radical investigation into the bird way of being, and the recent scientific research that it dramatically shifting our understan...