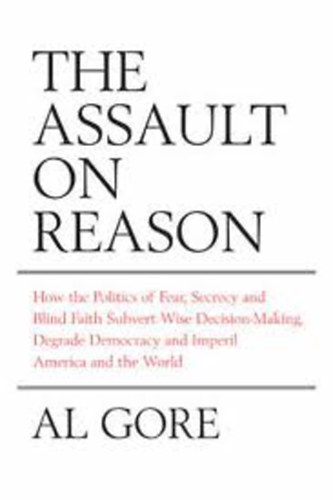 The Assault on Reason

At the time George W. Bush ordered forces to invade Iraq, 70 per cent of Americans believed Saddam Hussein was linked to 9/11. When asked to list what stuck in their minds about the campaign, voters most frequently named two Bush TV ads that played to fears of terrorism. How did the US get here? And how much damage has been done to the functioning of democracy? Never has there been a worse time to lose the capacity to face long-term challenges, from national security to the economy, from issues of health and social welfare to the environment. As Al Gore's far-sighted and powerful manifesto lor clear thinking shows, there is precious little time to waste.