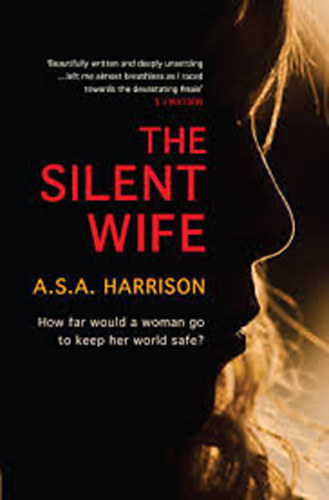 Jodi and Todd have been together for 20 years and, on the surface, seem to have an enviable lifestyle. She has her own practice as a psychotherapist; he is a successful property developer.
Jodi still feels a sense of anticipation when she hears his key in the door of their swish lakeside apartment; Todd says he’s never met another woman who comes close to matching her.
But there is a worm in the shiny apple of their relationship. Todd is a serial adulterer and Jodi knows it. She is the silent wife prepared to tolerate his philandering to keep things together.

But the situation changes when Todd decides to leave Jodi for a girl half his age. At first she doesn’t believe it, but after being increasingly hurt and humiliated she begins to contemplate murder as a justifiable option, something which is signposted at the start of the novel.

This stylish, page-turning psychological thriller brilliantly anatomises the disintegration of a relationship built on compromise – not a whodunnit, but a why-and-howdunnit